What is a Santa Letter?

Writing a Santa letter is part of everybody’s childhood and play a big part in a family household during the Christmas period. If you have young children, then they will also be a part of your adult life as well. They are letters that are sent to Santa Claus and letters that are received from Santa Claus. Spoiling the magic is something that comes with age, but many parents and adults like to keep the magic of Santa Claus alive and therefore create letters for children to send to the North Pole and for Santa Claus to send a letter back in response. Wondering why you would write a Santa Letter? Take a look at all the benefits in order to create something special for your children. 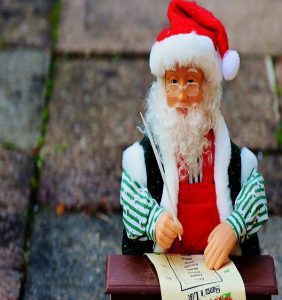 There are two types of Christmas letters during the most wonderful time of the year. The first are the ones that are sent to Santa, and these are usually the first letters to be sent. It is a simple letter where children can introduce themselves, explain if they have been good or bad and ultimately what they would like Santa to give them for Christmas. Find out how to write a Santa Letter and make the most magical time for you and your family.

The second type are letters that are sent from Santa. These are letters that reply to the child's first letter and is a personalised letter directed to the children. It is rather a generic letter commenting on how good they have been throughout the year and includes a description of what Santa Claus is up to during the busy Christmas period. Writing a Santa Letter will give you all the tricks and tips in order to make the Christmas period a special time for your children and family.