When something has gone wrong, an apology letter is sometimes the best way to express your regret for your actions. It is not always easy to apologise to someone in person, or it might be that it is not possible to do so, leaving a letter of apology as the best option to make it up to whoever you have wronged.

Several situations could result in the need to send an apology letter, for example a business that has wronged a client/customer, an incident that has occurred in a personal relationship, or when a professional situation has not gone the way it should have. 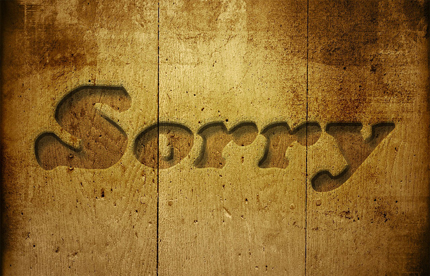 This section provides a guide to different apology letters that are written for different reasons. There are many situations that might provoke an apology, and it is important to know the differences if you are planning on writing a letter of apology. Whether your reasons are to do with business, personal or professional relationships, have a read of the information below.

Writing an apology letter is probably the most difficult part. You have to be able to express your feelings and explain your actions to the person you have faulted. Keeping your composure is to key to make sure you do not make anything worse. It is already a step forward that you are thinking about writing a letter of apology, so make sure to follow through to make up for any wrongdoings.